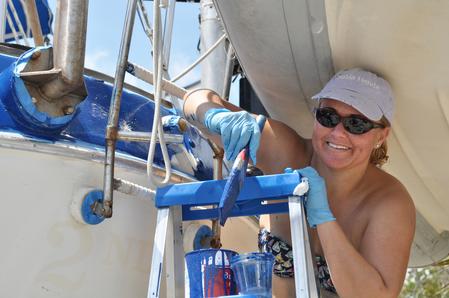 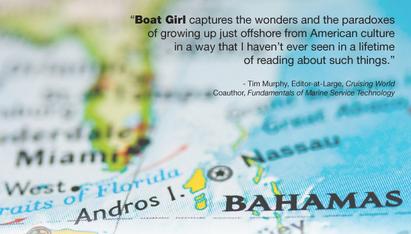 Melanie Neale grew up living aboard a 47’ sailboat with her parents and her sister.  The family traveled the US East Coast and the Bahamas from the mid 1980’s to the end of the 1990’s, and both daughters were home-schooled until they went to college. Melanie began writing poetry and short stories when she was a young child, and she earned a Bachelor of Fine Arts degree in Creative Writing from Eckerd College in 2002 and a Master of Fine Arts degree in Creative Writing from Florida International University in 2006.  She lived aboard her own 28’ sailboat while in graduate school in Miami.  She has taught college, captained and crewed on boats, detailed boats, worked in a bait shop, worked in marketing, and currently works as the Director of Student Affairs for a private art college in northern Florida. Melanie has published fiction, poetry and nonfiction in many literary journals and magazines, including Soundings, Seaworthy, Southwinds, GulfStream, Latitudes & Attitudes, The Miami Herald’s Tropical Life Magazine, Balancing the Tides, The Georgetown Review, RumBum.com, Florida Humanities and 15 View of Miami.  She is also a recipient of several awards for her writing.  Her “Short Story” column appeared bimonthly in Cruising World Magazine from 2006 to 2009.  Boat Girl: A Memoir of Youth, Love, and Fiberglass, is her first book. Buy here

Boat Kid is the Middle Grades version of Boat Girl, and is appropriate for ages 9 to 15. Buy Here

Here's what people have said about Boat Girl:

“Boat Girl captures the wonders and the paradoxes of growing up just offshore from American culture in a way that I haven’t ever seen in a lifetime of reading about such things.”
- Tim Murphy, Editor-at-Large, Cruising World,
Coauthor, Fundamentals of Marine Service Technology

"As a child raised aboard—and as a father who raised a child aboard—I am deeply interested in boat kids. Melanie is among our best. She is not only wonderfully wacky, she tells the truth in large and small ways. I admire her—as a writer and human being. This is a delightful book... that only a boat kid could write!”
- Cap’n Fatty Goodlander, Author and Columnist, Cruising World

“An inspiring and beautifully written true story of a young woman schooled in the sea.”
- Dan Wakefield, author of the memoir New York in the Fifties